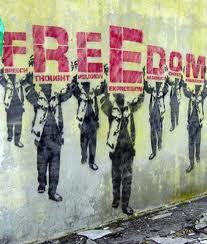 The First Amendment to the U.S. Constitution is the first in the Bill of Rights. It provides citizens with the following freedoms: religion, speech, press, peaceable assembly, and a right to “petition the Government for a redress of grievances.” James Madison drafted amendments one through ten that constitute the Bill of Rights and this initial one was adopted on December 15, 1791 with virtually no recorded debate to provide documentation of the true intentions of the text.

1. McCollum v. Board of Education
An early court case to challenge the religion clause was McCollum v. Board of Education. This case was decided on March 8, 1948 by the U.S. Supreme Court. It was the earliest test of the separation of church and state in schools. The case was brought against the school by an Atheist whose son attended the public school in Champagne County, Illinois. She claimed that her son, James, was criticized for not attending religious classes on school property, during school hours that were led by local clergy. McCollum asked school officials to stop offering the religious teachings during school. After being ignored, she filed the lawsuit alleging a violation of the principle of separation. The classes were found to be unconstitutional in an 8 to 1 opinion.

A later case in 1952, Zorach v. Clauson, found religious classes that did not use school facilities or public funds to be constitutional. This topic remains one of the most political charged and issues still today.

2. Gitlow v. New York
Gitlow v. New York was the first major First Amendment case argued by the American Civil Liberties Union before the U.S. Supreme Court as a press issue. Benjamin Gitlow, a member of the Socialist Part of America, was charged for publishing “Left Wing Manifesto.” He was sentenced to 5 to 10 years in prison for violation of New York’s Criminal Anarchy Law of 1902, a law passed after the assassination of President William McKinley by an anarchist. The law prohibits individuals from distributing inciting speech. 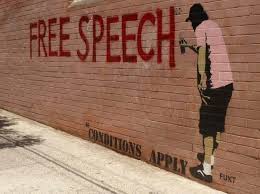 Gitlow argued that he could freely disseminate the published material which he claimed was for information purposes versus advocating violence against the government. The U.S. Supreme Court upheld Gitlow’s conviction with a 7 to 2 decision on June 8, 1925. This case set the precedent for enforcement at the federal and lower levels of government. Previously, states could pass legislation that was more restrictive than the federal level. 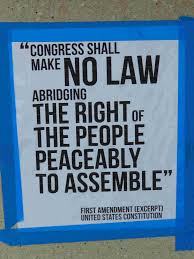 One of the earliest Supreme Court cases involving the freedom of assembly was Edwards v. South Carolina. A group of 187 civil petitioners met at Zion Baptist Church in Columbia, South Carolina to peacefully protest. They were non-violent, yet were arrested. In an 8 to 1 decision, the court ruled that South Carolina had tried to silence the group unjustly.

Each of these cases was argued as a violation of the First and Fourteenth Amendments. The latter is a much lengthier text and is commonly used to provide equal protection under the law. The text that spells that out is: “nor shall any State deprive any person of life, liberty, or property, without due process of law; nor deny to any person within its jurisdiction the equal protection of the laws.” The legal definition of “liberty” is still being argued today.