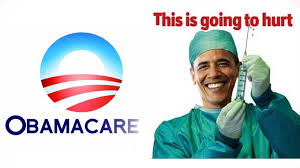 Since passed in 2010, the Affordable Care Act – infamously known as “Obamacare” – has raised many questions as to the legality of the law, the stipulations of the law and the implementation of the act. Not only have the beginning stages of implementing Obamacare failed on multiple levels, it is crippling families and creating a new healthcare crisis, both in facilities and in the insurance realm.

Even those not savvy in politics have pointed out the unconstitutional origins and regulations within the law, to the point of filing lawsuits that have gone up to the Supreme Court. Unfortunately, our courts have failed to completely uphold our country’s constitution and allow our president and our Congress to go unchecked. Here are five reasons that this law is unconstitutional:

1. Legislation regarding taxes has to originate in the House: The bill that the ACA became a part of originated in the Senate, then made it’s way to the House, where it was revised, then passed back through the Senate. This act violated the Origination Clause, as all tax legislation must originate in the House. Violation of the ACA requirements leads to a penalty tax, and in the government’s interpretation, this is simply revenue building activity and exempt from this clause.

3. Health care waivers were being given without consent of Congress: Businesses in politically driven areas requested and received waivers to exclude them from some of the ACA mandates. Their claim is that the expenses of the requirements are not feasible with their budget, and the Department of Health and Human Services will waive their requirements. This group does not have the authority to make these decisions. Not to mention that Article II, Section 3 of our Constitution states that our president “shall take Care that the Laws be faithfully executed”.

4. Abortion coverage directly violates the 1st Amendment: Recent lawsuits have given businesses the ability to seek a waiver from the mandate that abortion services be covered in their health plans. However, the Supreme Court decision to allow this exemption is loosely applicable to future plaintiffs, as it didn’t specify what contraceptives were and were not allowable for exclusion. This open ended verdict leaves room for interpretation.

5. Electronic Health Records now mandate doctors ask about firearms owned or within the household: This violates an individuals first and second amendment rights to privacy and their right to bare arms. Doctors have been known to ask children, in private, about the firearms their parents possess, and information about their usage. This is clearly not healthcare related, and has no place in the doctor’s office. Another example of the unconstitutional requirements of Obamacare and the federal government’s abuse of power.

Govt. and Politics
6 comments on “5 Reasons Obamacare is Unconstitutional”