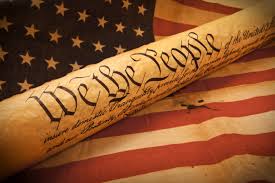 The meltdown of the economy beginning in 2008 and the subsequent bail-outs of banks and automobile manufacturers changed things in America. This change accelerated with the adoption of federal reform of the medical and health insurance systems; reform also looks at privacy concerns. Now that medical records are essentially public information, the privacy Americans are accustomed to having in discussions with medical professionals is compromised.

Calls for a return to constitutional government have increased. Everywhere they look, Americans see a troubled economy, militarized police, growing surveillance of their daily affairs, investigations by federal authorities into the most personal aspects of their lives, and a federal government that exceeds traditional notions of constitutional authority. speed test website We have no privacy under this system, and the liberty of all Americans is diminished. Nearly every right guaranteed by the Constitution is under assault, and people in politics are feeling the fallout. 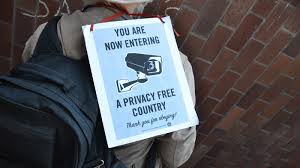 Americans have always valued freedom, more so than any other people on Earth. The United States began its existence in a revolution against what the founders called “tyranny” and excessive taxation. The Declaration of Independence contains a long list of the offenses of King George III. In growing numbers, citizens of the United States believe that the same attitude reflected in George’s actions is evident today, throughout the federal bureaucracy. The Constitution, our country’s guarantee that the power of government in our system would be strictly limited, is seen as a barrier to action instead of a guarantee of the civil rights that its words grant to each American.

For over a century, governments at all levels have taken it upon themselves to provide comfort and security to the American people. In most cases, these actions have been evidence of the good intentions of those in charge. Government is now the first source of assistance to those in need, rather than the last. Government has also assumed the power to pass laws and regulations that govern the personal lives of its citizens to an extent previously unheard-of.

For example, ordinances banning smoking in public areas are commonplace today, even if the proprietors 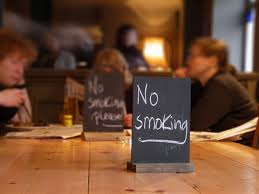 of particular bars, for example, wish to allow smoking on their own property. These types of regulations are intended to benefit the health and safety of the entire population. What they do, in fact, is infringe upon the liberty and civil rights of the owners of those establishments, regardless of what courts might have said, or what the politics of the situation might dictate.

In addition, people have been relieved of some measure of responsibility for their own actions. Parents, for example, no longer feel as though they have total responsibility for the upbringing of their children – and rightly so, as schools have taken on more and more of that responsibility. Instead of simply teaching traditional school subjects, governmental changes now grant to schools the power and obligation to teach such things as conflict resolution and environmental awareness. Perhaps these lessons are beneficial to society as a whole, but there is no doubt that they remove from the parents a large aspect of parental control and decision-making.

As a separate result of the expansion of government power, the American people have lost some of their innate sense of compassion. Governmental programs now provide much of the assistance to those in need that used to come from private sources.

If there is a change in role of government in the US, there must be a corresponding change in the way Americans view their own responsibilities. No longer will people be able to abdicate those responsibilities to the government if the government no longer accepts them. This opens up opportunities for private charity and a return of the American value of compassion, but it places on each person the burden of conscience.

Every American must examine his or her attitudes in light of what success of this movement will mean: smaller government and fewer programs assisting those in need. Private charities will need to step up and resume the roles they served in the past. This means that individuals must support those charities to a greater extent than is presently the case. With anticipated lower tax burdens, though, that indeed seems likely, as Americans are among the most charitable people on Earth. The opportunities for real change grow every day. But success also means that individuals will need to exercise compassion and personal responsibility to a far greater extent than perhaps they expect.

Summary
Article Name
Defending Personal Liberty Requires More Personal Responsibility
Description
Americans are increasingly concerned with decreasing personal freedoms due to government encroachment. This movement might well result in the restoration of a more limited role for government in our daily lives. In order for the system to work, however, Americans will need to assume more responsibility for their own actions and for the welfare of those in need.
Author
Joyce Oliver